LIST OF OUR SURGEON SPECIALTIES - Medical Office of HERAKLION CRETE

Cystic formation with many free hairs inside. It is located deep in the hierococcygeal area of ​​the spine. Its creation has nothing to do with the hairs that exist on our skin. It is due to free hairs that could never come to the surface of our skin and have no root. In the long run this cystic formation turns into an abscess from the entry of germs that are abundant in the specific area. It is usually seen in young people aged 16-30 years. It is more common in men and especially in people with intense hair growth. During the first crisis and before an abscess forms, it is treated conservatively with antibiotic coverage, painkillers and topical washes with antimicrobial shampoos. Otherwise, in case an abscess has formed, we proceed to open-drain the abscess under local anesthesia. We definitely proceed with the surgery after the second-third crisis, which show us that if the bladder is not removed, the patient will never get rid of his problem.

1. the method of removing the bladder which includes three methods the open, the semi-open and the closed and

2. the least invasive and newly applied laser method in which we destroy the walls of the bladder without performing any kind of removal whose results are very encouraging but we do not know its effectiveness in the long run due to the short time we apply it.

Coccygeal Cyst surgery is usually performed under local anesthesia or with sedation and local anesthesia. The patient is discharged within a few hours after surgery with any method he chooses. 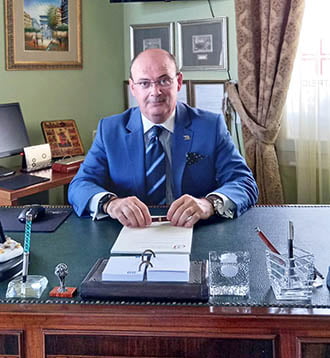 the traditional surgery, the practice before the endoscopic, robotic and laparoscopic surgery

Book your appointment on line, or please call us to arrange a visit to our general surgery clinic
BOOK AN APPOINTMENT

This website uses cookies to improve your experience while you navigate through the website. Out of these, the cookies that are categorized as necessary are stored on your browser as they are essential for the working of basic functionalities of the website. We also use third-party cookies that help us analyze and understand how you use this website. These cookies will be stored in your browser only with your consent. You also have the option to opt-out of these cookies. But opting out of some of these cookies may affect your browsing experience.
Necessary Always Enabled
Necessary cookies are absolutely essential for the website to function properly. These cookies ensure basic functionalities and security features of the website, anonymously.
Functional
Functional cookies help to perform certain functionalities like sharing the content of the website on social media platforms, collect feedbacks, and other third-party features.
Performance
Performance cookies are used to understand and analyze the key performance indexes of the website which helps in delivering a better user experience for the visitors.
Analytics
Analytical cookies are used to understand how visitors interact with the website. These cookies help provide information on metrics the number of visitors, bounce rate, traffic source, etc.
Advertisement
Advertisement cookies are used to provide visitors with relevant ads and marketing campaigns. These cookies track visitors across websites and collect information to provide customized ads.
Others
Other uncategorized cookies are those that are being analyzed and have not been classified into a category as yet.
SAVE & ACCEPT